Our product supports the various countries, people, and languages for Twitter profiles and tweets

Twitter is truly the public square of the world. That includes all countries and people speaking in all languages. The Twitter product has support for all languages, and so does Symplur.

Read on to learn more about the different language and filtering options in Symplur.

For all the conversations we track we receive much metadata attached to each individual tweet. One of this metadata is the geolocation of the user at the moment they tweeted. We cover this globally.

All Twitter profiles have a location field that is a free-form text field where they can write anything.

We track tweets in all languages from English to Norwegian, to Arabic. You can even focus specifically on one language by employing the 'Languages' filter. 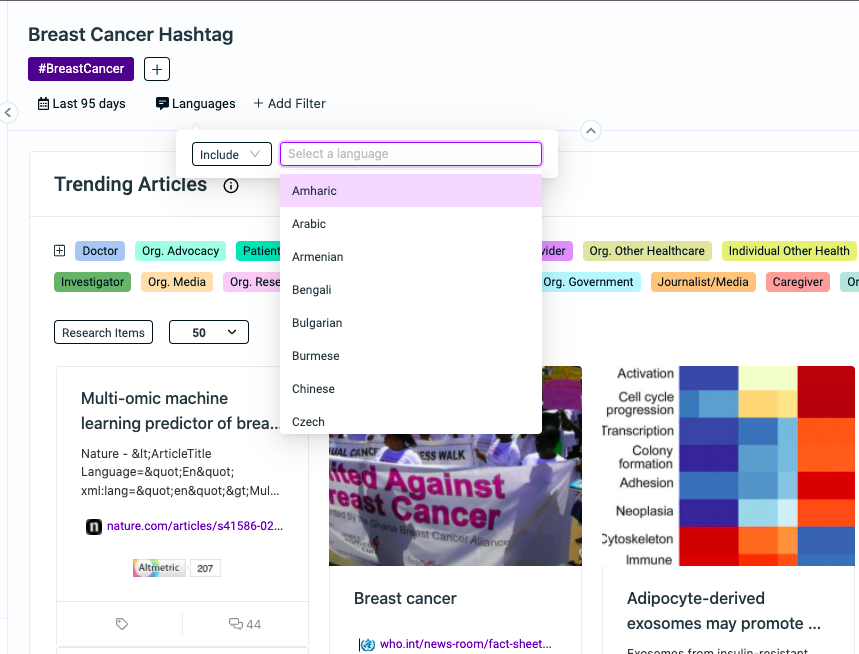 We find that the majority of tweets in the healthcare industry are written in the English language, even when the user is based in a country where English is not the primary language.

People's profiles can be written in any language and we support all of them. Typically it is the Twitter bio that can be in a non-English language. Our 'Bio Description' filter works in all languages. 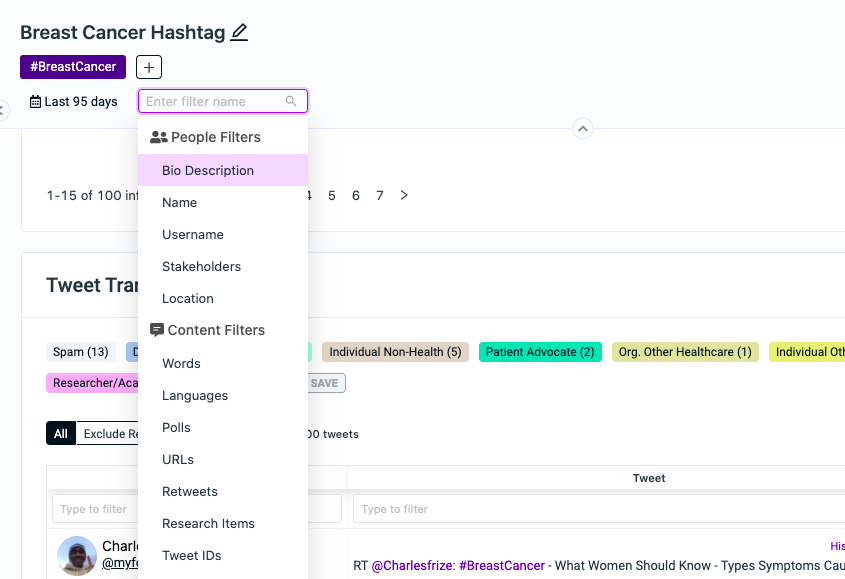 All Twitter profiles have a default language that controls their preferred user interface language. We track this metadata and it can be a great indicator of the user's primary language.

You can even filter for people's default language using the 'Languages' filter. 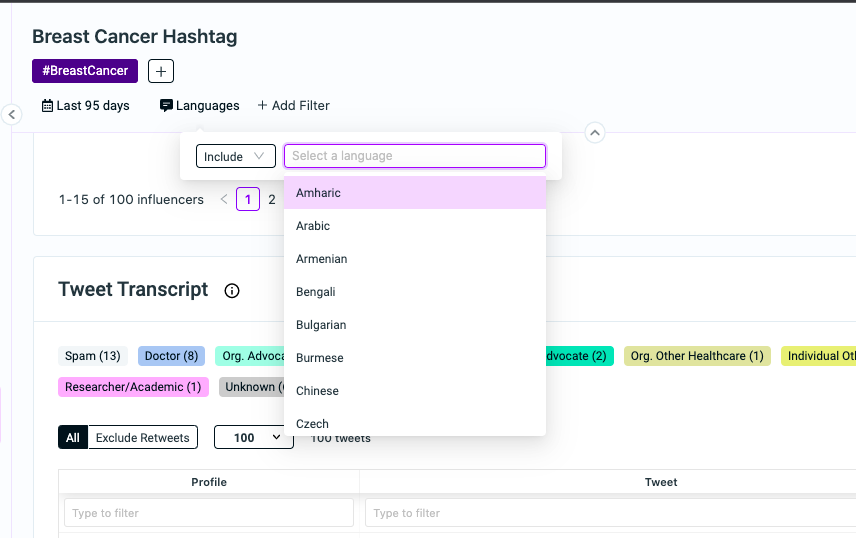 Note: We frequently find that people with a default language other than English still tweet primarily in English for their healthcare conversation engagement.

One of the most powerful features of Symplur is our ability to categorize Twitter accounts according to certain stakeholder groups. Our categorization process supports multiple languages, and as a result, you will find Twitter accounts in Arabic and other languages perfectly categorized.

We pay special attention to this for all healthcare conferences. No matter what country it took place or with what language it was conducted in, we will categorize the top influencers of that conference.

Our process is assisted by Google Translate technology for an accurate translation of over 100 languages.

The data available in Symplur comes from three sources; hashtags, keywords, and user accounts. All three can be based on any language.

Hashtags are typically language-agnostic since most of them do not consist of English words. But some broad hashtags are simply words like "#diabetes". We track a multitude of these English hashtag terms but also hashtag terms in other languages like Spanish and German.

Keywords are terms or phrases that are mentioned in a tweet. We track diagnosis, symptoms, treatment phrases, drug names, and more. Many are in English, many are Latin-based just like much of our medical terminology is and thus we cover a host of languages.

Some keywords and phrases are specified in other languages, and others are language agnostic such as certain drug names.

There are no limitations in terms of language or location that our system can track.