All Collections
F.A.Qs
Why do I see Influencers from the United States when I apply a location filter for Europe?

Why do I see Influencers from the United States when I apply a location filter for Europe?

If you apply a location filter for Europe, your dashboard will be entirely based on tweets coming from Twitter accounts that can be mapped to the continent of Europe via the data in the location field of their Twitter bio.

If your dashboard’s Influencers Widget is set to SymplurRank — the default metric of influence, which is based on engagements received — the result will be a list of the Twitter accounts that are receiving the highest quality engagement from people in Europe.

However, because people in Europe engage with parties outside Europe, there will likely be Twitter accounts showing up on that list from multiple countries.

If you flip the Influencer report to Table View, you will see each of the Twitter users’ own location fields. From there you can manually curate a list of the users that match the location you’re interested in. 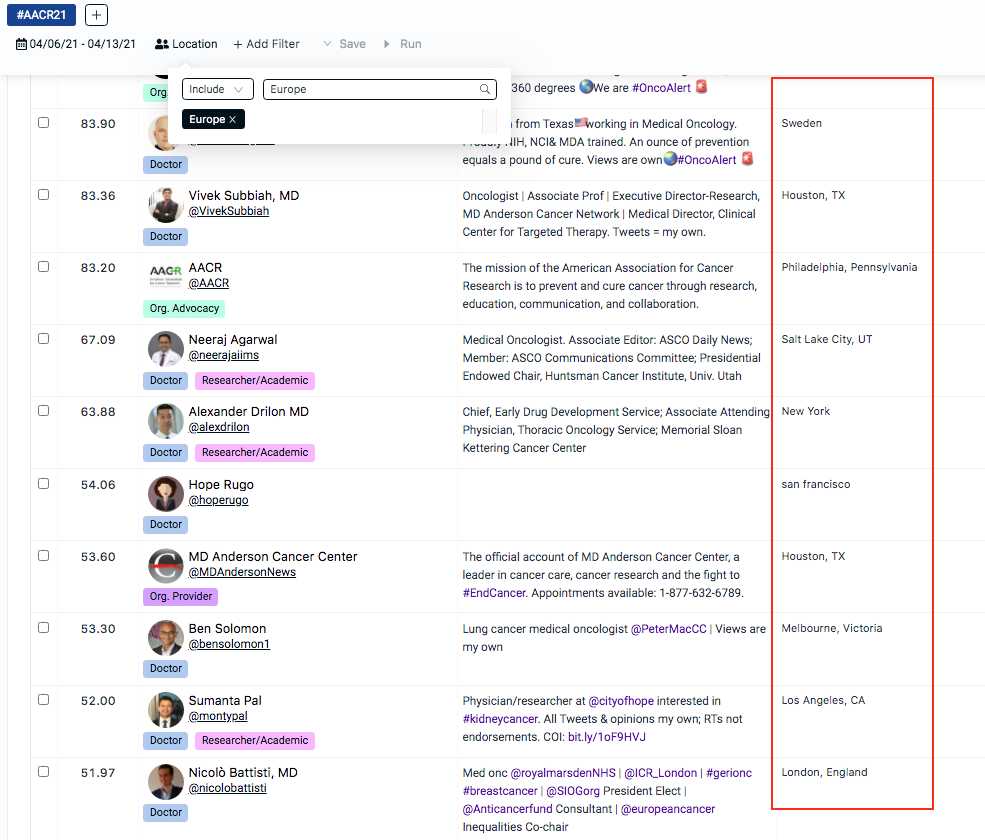 Selecting "Tweets" as the Metric of Influence