This widget displays quantitative data around the volume of data included in this dashboard.

Written by Audun Utengen
Updated over a week ago

The Summary widget, which is found at the top of a dashboard, provides a quick view of the total numbers for that dashboard's Tweets, Retweets, Users, Impressions, Articles, and Visuals.

What are the Summary items?

The icons in the upper right corner provide several additional options, explained below: 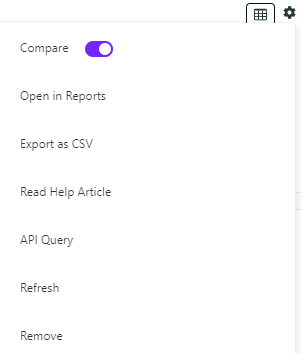